Definition: A rebound guy/girl is the person that you use to get over your last relationship. This usually happens when you are in fake closure mode. You jump head first into a new relationship, just so that it will ease the pain and loneliness of the relationship you just got out of.

The Rebound Theory has some limited success, however, this article isn't going to address that. Let's focus on dealing with a relationship if you are the Rebound Girl or Guy.

Chances are going into the relationship, you won't even know originally that your new date is on the rebound. If you never ask about previous relationships until you got to know the person better, this might set you up for being the Rebound Girl. If you believe that previous dating histories should be left in the past and never discussed...um, yeah, this might set you up for it too.

It sucks ass being the Rebound Girl, mainly because the relationship is not going to be given the full attention and affection that it deserves. He still has emotions invested in that other relationship, and is going to take things really slow with you. He might even be *gasp* emotionally unavailable and use you only to fill his physical and companionship needs. Also, you never really know if he is still in love with her, or if he is just idling time with you while he's trying to work things out with her. Like I said, being that Rebound Girl sucks bigtime.

The question is, do you think that he is worth it, that your relationship is worth it, to put up with all that hassle, stress and drama? Do you have the stoic fortitude to deal with seeing dates on his calendar denoting their one year anniversary, hearing about the virtues/bad traits of his ex, seeing her number on the caller ID, having her pop up in your conversations and having him ditch you if she ever called him? Do you want to always be second best?

If you are the Rebound Girl and you are considering hanging in there, read on...

Ok, I have to confess, I have been the Rebound Girl a couple of times. The first time, it worked out great-- I helped him get over her, realise that I was all that and a whole lot more!; and he eventually ended up falling head over heels in love with me. This would be the best scenario of course.

The second time was an absolute disaster. It was the anti-thesis of the first time around and has sworn me off ever being the Rebound Girl again. No matter how great I was, no matter how many wonderful things I did, no matter how fabulously wonderful I treated him--none of that mattered. He kept a shrine for her in his heart, and all she would do was call him, and he would totally forget that I existed. The power and the lure of the One That Got Away is so strong that it's virtually impossible to break. Finally, I just gave up trying and had to call it quits.

Now I'm not saying that you should put up with him treating you like shit in the guise of being patient. Oh no! If he doesn't treat you like the goddess you deserve to be treated, if he abuses you mentally, emotionally or any other way, if you feel belittled or hurt on a constant basis then he is not worth the distance you can throw him. Get an Upgrade!

Either way, it is your choice to make. You just have to decide if he's worth it. Good luck. 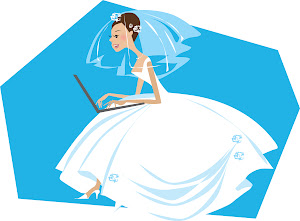 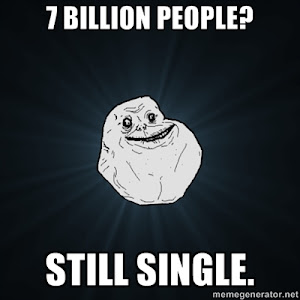